Nestled at the edge of downtown San Francisco, AT&T Park sits between King Street and the China Basin, part of the San Francisco Bay. As fans approach the ballpark they see a magnificent steel and brick structure that features two clock towers, each 122 feet tall and featuring pyramid-shaped roofs topped by 45-foot tall flagpoles. At the intersections of King Street and 3rd Street is the home plate entrance to AT&T Park where a statue of one of the greatest players in baseball history, Willie Mays, can be found. Once inside the ticket gates, expansive concourses allow fans to get to their seats. The main three-tier grandstand consists of 41,915 green seats that extend from behind home plate to both the foul poles. Bleachers are located behind the left field fence. Only a walkway is above the right field fence due to the China Basin, also known as McCovey Cove. A sidewalk between the water and the right field commemorates historical moments in Giants history. 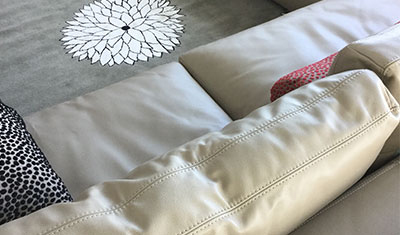 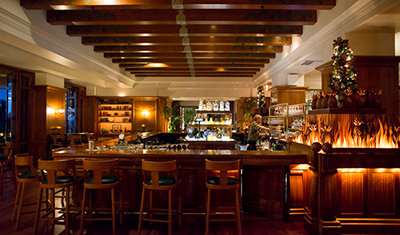 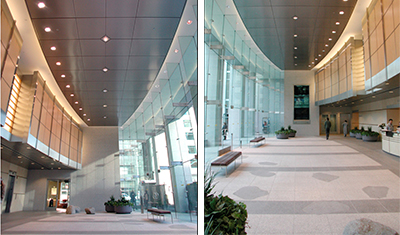